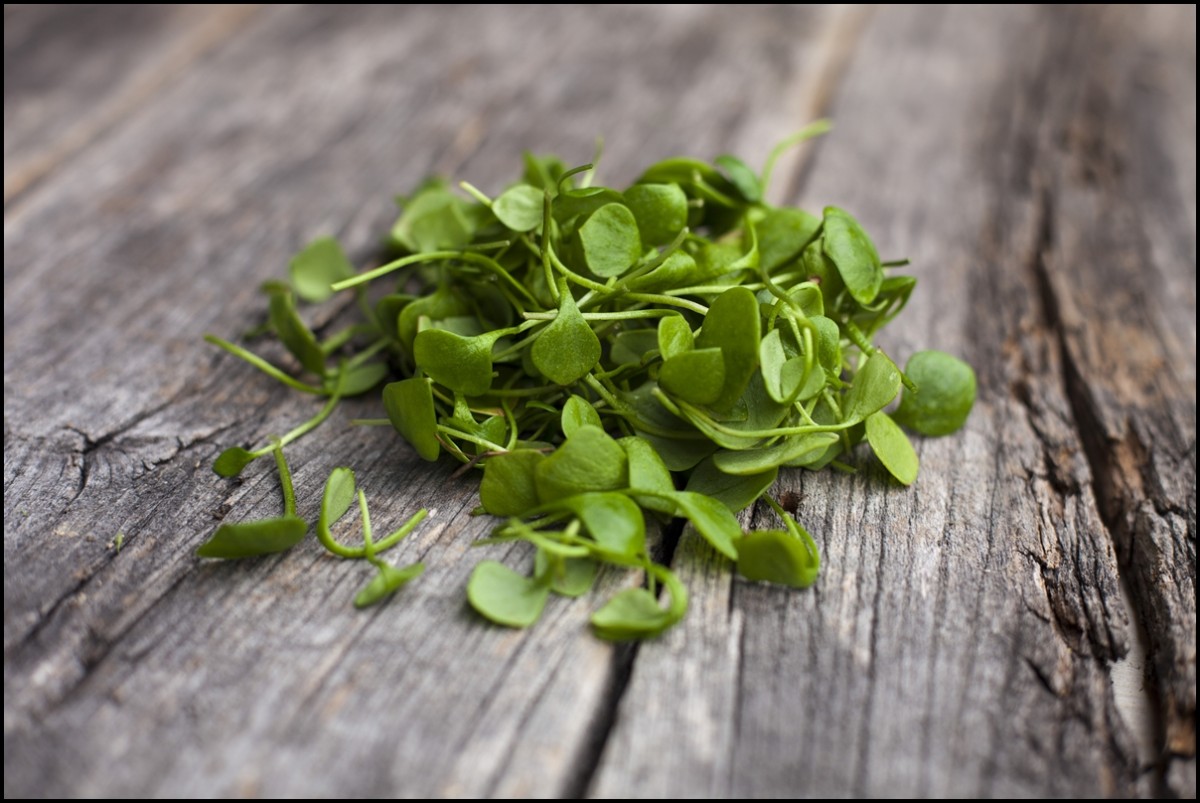 Watercress is a perennial plant that grows either as an aquatic or semi-aquatic vegetable. It has a history of being a medicinal plant in several regions across the map. Aside from its unique peppery taste, this vegetable scientifically called as Nasturtium officianale, is packed with several vitamins and minerals. No wonder why watercress tops the list of powerhouse fruits and vegetables according to a group of researchers at William Paterson University. Below are the nutrition facts about this superfood.

The power of watercress as an antioxidant is boosted by the quantity of phytonutrients it contains. It provides impressive amount of beta-carotene and lutein zea xanthin, which performs the same function as vitamin A once taken inside the body.

It also supplies the body with significant amount of vitamin K, an essential element for blood clotting. Watercress gives 206% of the vitamin K’s daily recommended value. Moreover, it is rich in vitamin B complex that works for the metabolism of carbohydrates, protein, and fat.

When it comes to minerals, watercress feeds the body with more such as calcium, manganese, copper, and phosphorous as the more prominent. Calcium is primarily used to support the skeletal system of the body to ensure strong bones and teeth. It has also certain cellular functions.

Manganese maintains brain and nervous system health as it assists the body in the formation of bones and connective tissues. Copper interacts with iron to make red blood cells. It is also tasked to keep the immune system active and healthy. Phosphorus then is used to form both teeth and bones as well as in production of protein necessary for cell growth and repair.

These minerals along with others like iron, magnesium, selenium and zinc work together for optimum health.

Plus, watercress is high in potassium content that is ideal for blood pressure control.

The health benefits of watercress can be obtained without compensating the calorie content you get from it. Every 100 gram serving of this leafy vegetable has only 11 calories, with zero cholesterol and almost no fat. It derives majority of its calories from protein.

Watercress are widely-used as healthy ingredient in soup and salads. 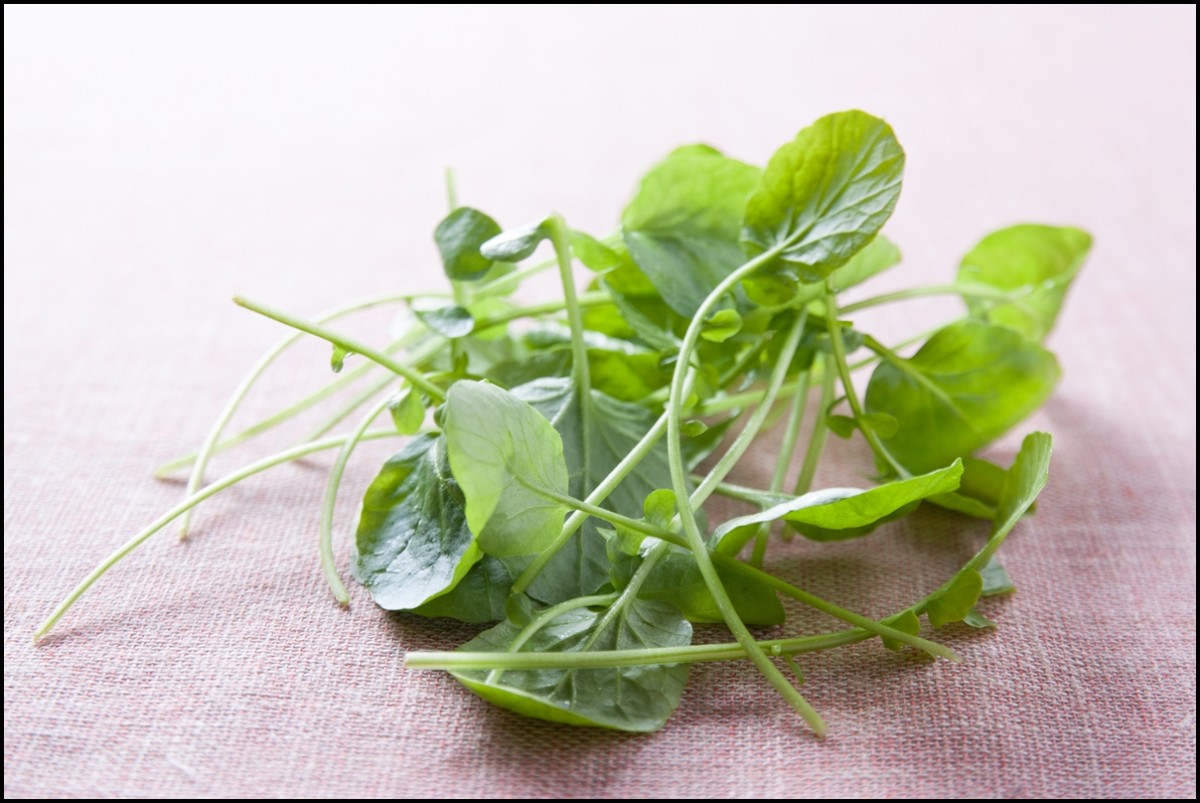 The Health Benefits of Watercress

Watercress is part of the cruciferous family of vegetables that are known to be very effective in reducing risks of cancer. This group of vegetables contains glucosinolates which are very effective powerful phytochemicals that stimulate isothiocyanates production that are popular to have anti-cancer benefits. Research concluded that regular consumption of watercress can prevent and even treat various types of cancer such as lung, breast, prostate, head and neck cancer. In addition, this green vegetable contains rich amounts of nasturtiin that is associated with PEITC or phenethyl isothiocyanate. This property fights the activation of carcinogens in the body. Exposure to carcinogens encourages damage of cells and their DNA as well as proliferation of cancer cells. The PEITC content of watercress has many characteristics that are able to prevent the possibility of cancer. On top of this unique compound that watercress has, it also bears carotenoids that also have cancer suppressing ability. To protect yourself from cancer, make sure you add watercress to your diet.

When it comes to normalizing blood pressure, watercress consumption also showed effective effects in doing so. Not only that this vegetable has potassium that is common in regulating blood pressure, it also contains magnesium and potassium that make it more effective. These properties serve as vasodilator that keeps the arteries dilated so to assure proper and normal flow of blood. They also work together so that sodium is released from the body. High potassium and low sodium diet are known to be the key to keep blood pressure low.

Vitamin K plays important role in the health and strength of the bones. It is important to observe a diet with high Vitamin K content because this mineral assures that the calcium absorption ability of the body is efficient. It also helps in inhibiting excretion of calcium through urination. Simply stated, Vitamin K keeps calcium housed in the body so that the bones are kept strong and healthy. Watercress has impressive levels of Vitamin K. If you want to reduce the tendency of bone fracture and bone disorders, make sure to eat plenty of watercress.

Another health benefit of watercress is that it has impressive levels of alpha-lipoic acid that are very effective in keeping blood sugar levels low. On top of that, this compound also keeps insulin stimulated to prevent type 2 diabetes. In addition, watercress has soluble fiber that keeps the intestines from absorbing excessive carbohydrates. If you have diabetes or you are highly exposed to such due to whatever reasons, watercress consumption is of great help in alleviating your condition.

Almost all green leafy vegetables contain Vitamin C. Watercress, unlike any other types of vegetables, is concentrated with vitamin C. Vitamin C plays vital role in our overall health especially in the immune system. It is important to boost the immune system to have an established defense against multiple illnesses especially those that are infection related. The immune system enables the body to fight off accumulation of bacteria as well as formation of free radicals that are primary sources of various types of diseases. If you want to keep your body able to eliminate common to serious sickness, make sure to consume foods that are great sources of Vitamin C just like watercress.

As mentioned above, watercress is also rich in fiber. Fiber is very important for the regularity of digestive health. Consumption of fibrous foods will ascertain that food intake breakdown is proper and that the nutrient absorption ability of the body is efficient. And fiber also keeps the digestive tract cleared so that the digestive movement is smooth. Fiber also helps in bulking up stool for regular and proper bowel movement.

Watercress also has the ability to keep the eyes healthy and vision clear. Eye health and quality of vision has the tendency to deteriorate as ageing happens. The way to keep the eyes safe from age-related eye disorders is to consume watercress because it contains vitamins and nutrients that boost overall eye health. This vegetable has Vitamin C, Zinc, as well as antioxidants specifically lutein and zeaxanthin.

Studies proved that watercress has the ability to keep off hair problems such as hair loss, dandruff, and others more. This is because this vegetable is rich in Vitamin A, zinc, iron and sulfur. You can directly apply watercress extract to your scalp and hair to achieve a healthy, shiny, and attractive hair.

Studies have shown that watercress also has the ability to treat and soothe skin disorders such as eczema, skin burn, and others more. Because this vegetable contains high levels of Vitamin C and Vitamin A, its consumption and application benefits the condition of the skin. 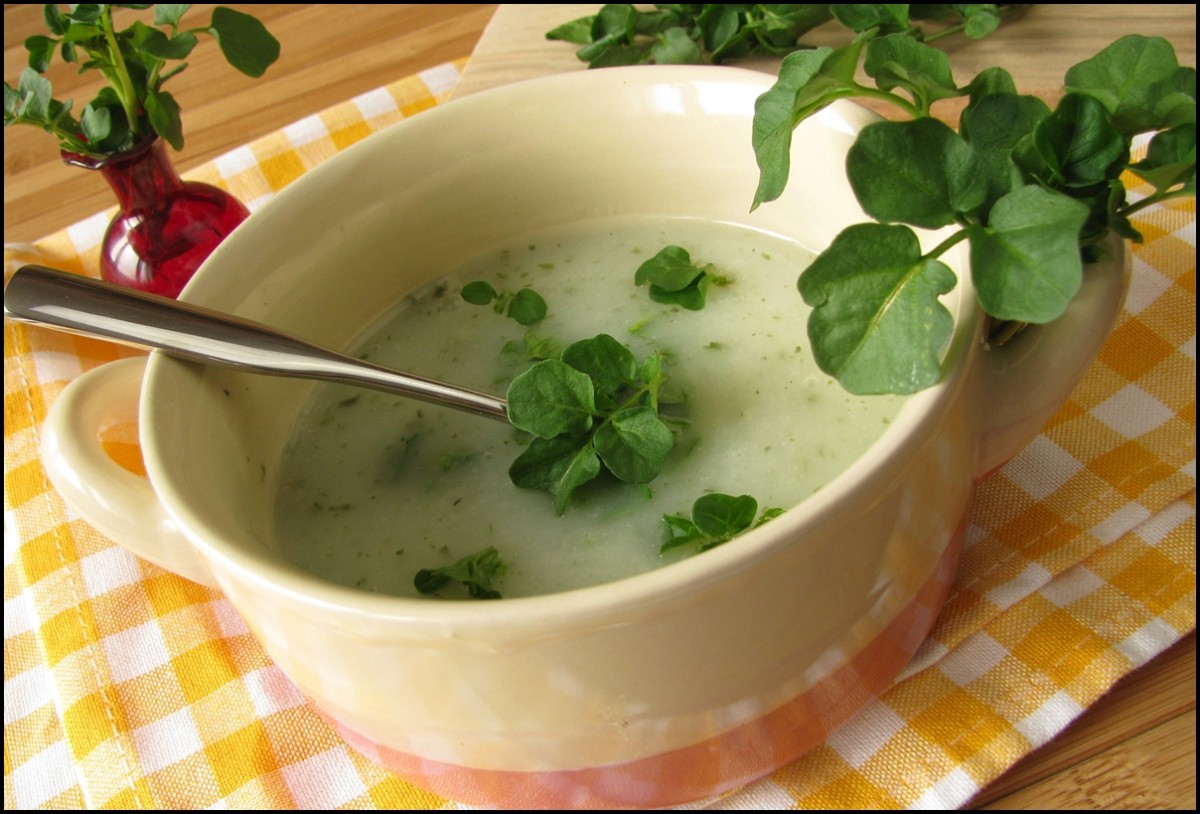 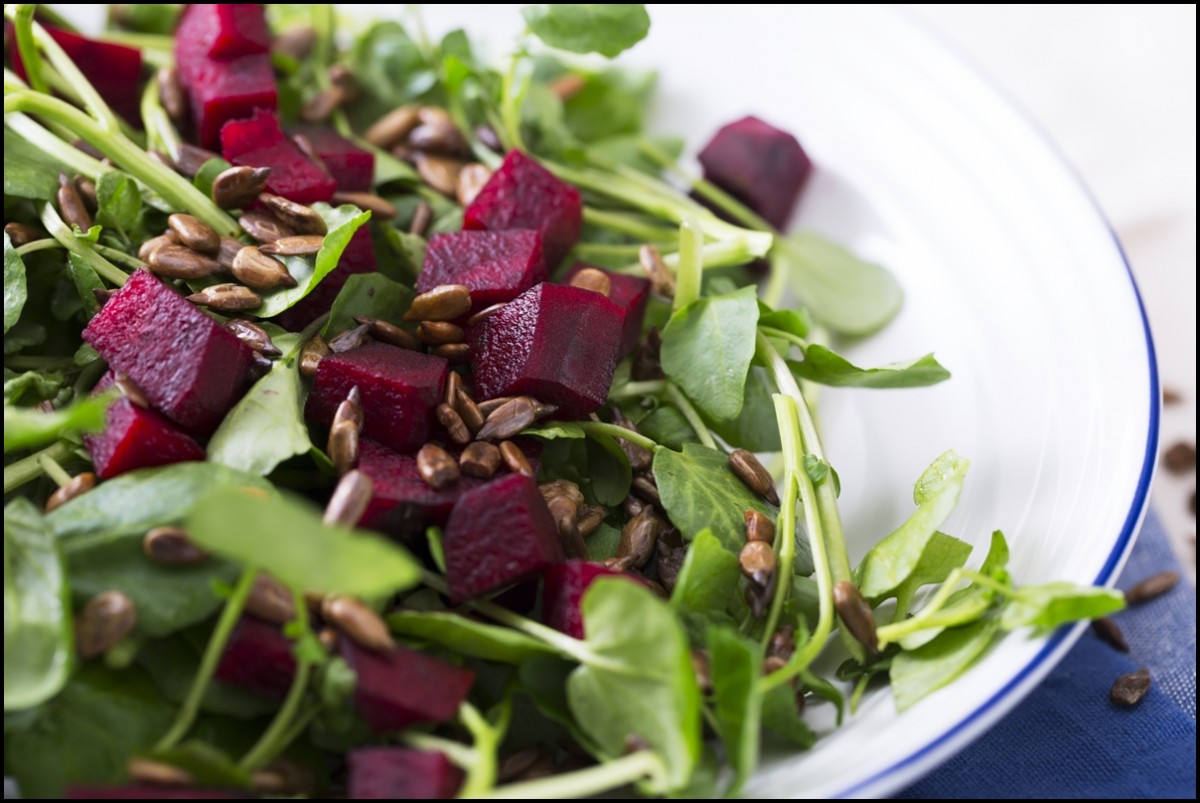