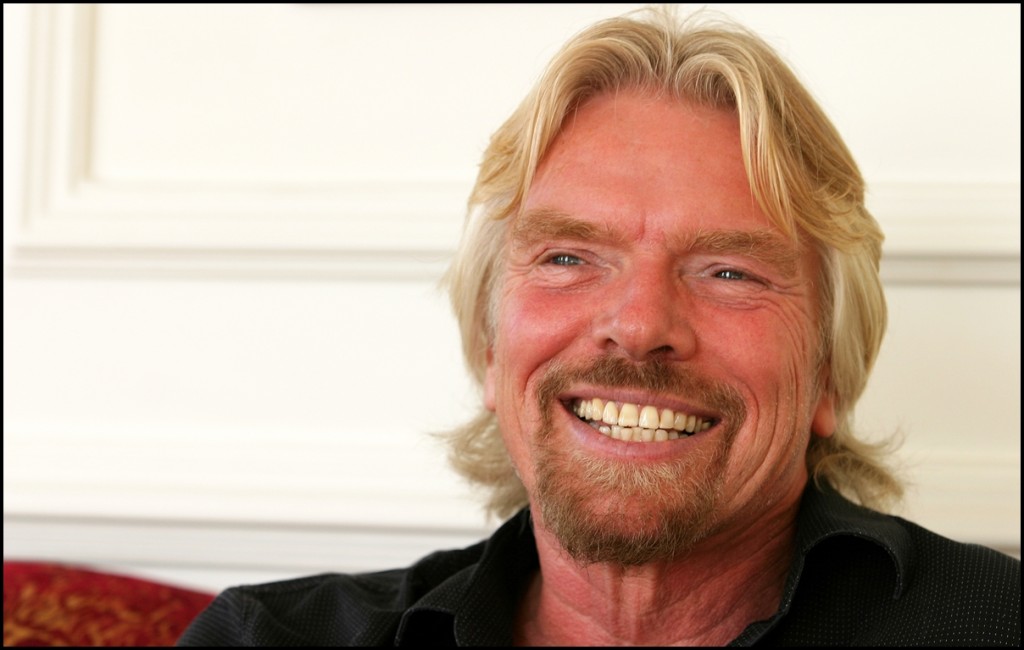 Founder of the worldwide music phenomenon Virgin Records, Richard Branson is one of the greatest and most successful entrepreneurs of our time. Richard wasn’t born to a well-off family, and as a child, he didn’t do well in school due to having dyslexia. That didn’t stop him from pursuing entrepreneurship, though, and as we all know, from becoming a billionaire having a current net worth of $4.9 billion. To know Richard’s secrets to success, it would make sense to study his life a bit and learn a few lessons from both his victories and setbacks. I’ve compiled here a few of those important life lessons.

Don’t Let Past Failures Hold You Back

“My mother taught me that I should not focus on past regrets, so with regards to business I don’t.”

Richard Branson has established over a hundred businesses in his life, but as well know, several of those businesses didn’t turn out. According to many, Richard has a total of fourteen Virgin companies that went bust, but I believe that aside from those companies, he also has had several other ventures we didn’t know about that failed. One thing Richard can teach us, though, is that there is no point in wasting your time wallowing in past failures. He didn’t focus on previous letdowns, but instead used his energy to improve his craft, which led him to build businesses that actually succeeded.

Be a Man of Principle and Conviction

“To me, business isn’t about wearing suits or pleasing stockholders. It’s about being true to yourself, your ideas and focusing on the essentials.”

While Richard Branson’s style may be a bit controversial at times, you cannot deny the fact that his business and leadership principles are the ones that helped him become a legendary trailblazer. He spent his time mastering his craft, focusing on the fundamentals, and staying true to his convictions. He didn’t simply go along with what’s popular, but discovered matters for himself. He believed in originality, and made sure people knew him for his passion from within, and not for his outward appearance.

Risks are a Part of Life

“One thing is certain in business. You and everyone around you will make mistakes.”

It may sound cliché and you may have heard it or read about it many times, but mistakes and failures are a part of life, and unless you take risks, you will never know whether you’re going to succeed or not. Richard Branson understood this and was never afraid to take the risks. Even after failing several times, he still pushed forward, expanding his empire even more. In life, we should also realize that we can never stay inside our comfort zones for long. We simply can’t afford to stay where we are right now and expect that something is going to happen. As the saying goes, “A ship in a harbor is safe, but that’s not what ships are built for.” In short, you have to take risks – that’s what you were made for!

Value Your Health – It’s the Number One Key to Productivity

“There’s nothing like the endorphins from being fit, and the incredible endorphin rush that goes with that.”

You will seldom here a legendary businessman and leader tell you that the secret to his productivity is spending more time in the gym, but that is exactly what Richard Branson told his interviewer when asked how he stays productive. No weird-tasting supplements and smoothies. No hypnotism and stuff like that. Just pure work out. Richard loves staying fit, and makes sure he wakes up at six in the morning to run. If Richard, who is a very busy man, could find time to run and work out at the gym, I guess we could also do the same, especially since we know that staying fit is one of the greatest secrets to being healthy and productive.

It Pays to be in a Close-Knit Family

“I cannot remember a moment in my life when I have not felt the love of my family. We were a family that would have killed for each other – and we still are.”

Richard Branson was raised by parents with opposite parenting styles. Eve, Richard’s mom, was feisty, and made sure her kids were well disciplined. Ted, his dad, was the quiet one and comforting one, who believed his children has to be shown love, so that they’ll grow up secure and confident. Richard loves both his parents, whom he considers his inspiration for success. They were very supportive of his endeavors, which is perhaps the reason that Richard has always had the confidence to take risks in life. If you are a parent yourself, it would make sense to learn from Richard’s mom and dad, loving your kids unconditionally, but at the same time, not sparing the rod when necessary.

Learn to be Grateful for the Little Things

“Right now I’m just delighted to be alive and to have had a nice long bath.”

Even as a billionaire, Richard never forgets to be grateful for the little things he can get to enjoy in life. Not that being alive is insignificant, but waking up in the morning has become very common for us that we have forgotten to be grateful for it. If you feel like complaining, think about how you are still alive right now, and just be grateful for another day. Like Richard, find ways to incorporate thankfulness and gratitude in your life, and you will be happier. 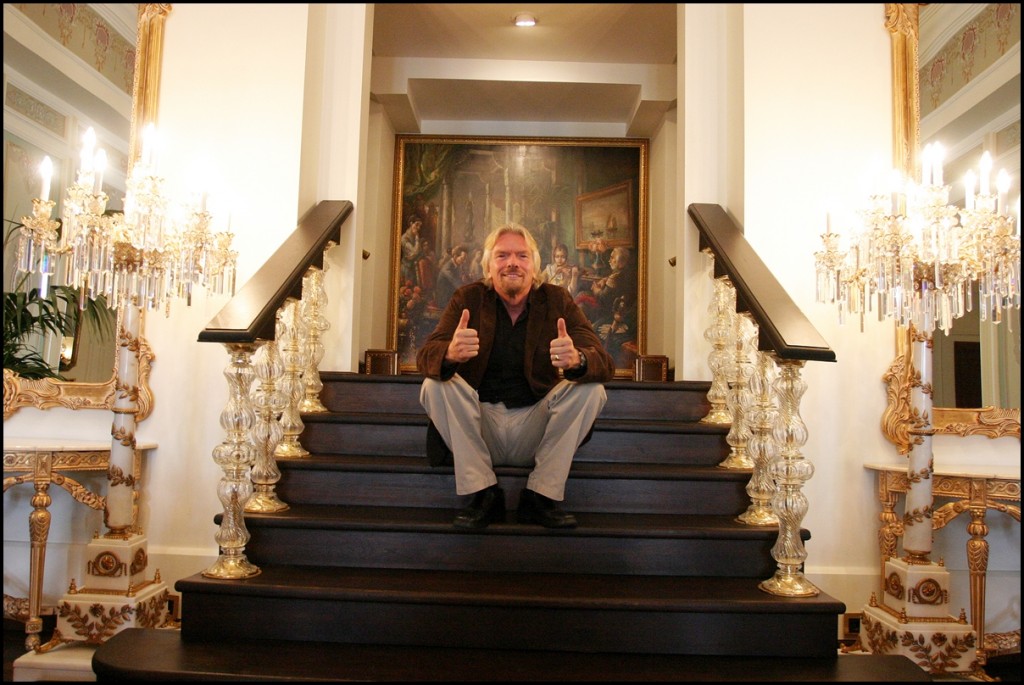 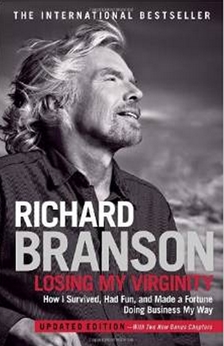 Losing My Virginity – How I Survived, Had Fun, and Made a Fortune Doing Business My Way 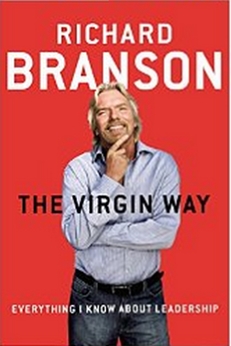 The Virgin Way – Everything I Know About Leadership 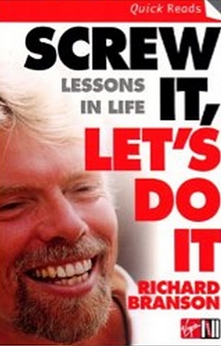 Screw It, Let’s Do It – Lessons In Life 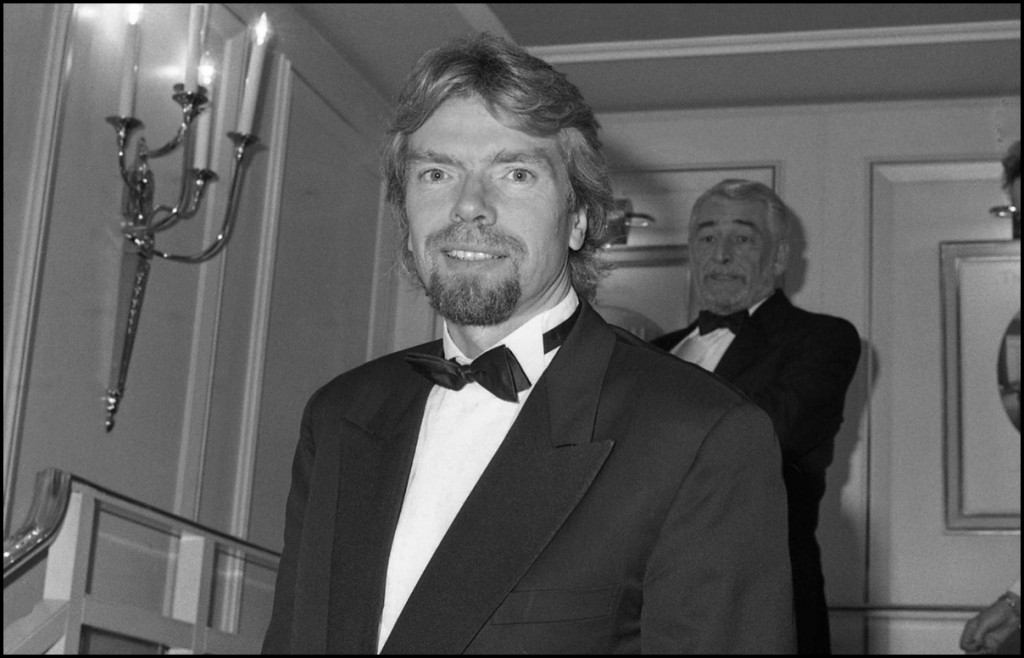