Beyoncé Giselle Knowles-Carter, or simply Beyoncé, is hailed as one of the best entertainers of our time. Throughout her 18-year career, she has proven to be more than just a singer and artist. In fact, she was listed as one of the hundred most influential people in the world back in 2013 and 2014. Beyoncé describes herself as a modern-day feminist, and doesn’t hesitate to convey through her songs and music videos that there is power in being a woman. As one of the best-selling music artists of all time, Beyoncé can no doubt teach us a few life lessons based not only from her experiences as an entertainer, but also from her experiences as a normal human being just like all of us. Here are some of them:

Hard Work is Crucial to Happiness

Happiness is a choice, but one of the choices you need to make in order to be happy is to work hard. Beyoncé understands this, and throughout her career, she made sure she worked really hard, even to a point of having to sacrifice things in order to get where she is right now. In life, we also have a choice – we can choose to work hard today and reap the results in the future, or stay lax today, and reap nothing when we need a harvest the most.

Men and Women are Equal

“In my videos, I always want to be a powerful woman. That’s my mission.”

As a modern-day feminist, Beyoncé believes that men and women are equal and should be treated as such. She makes sure everybody knows this by showing in her videos how powerful a woman she can be. Her mission in life is to let the world know that the word ‘woman’ does not equal the word ‘weak’. She believes that women can be as powerful as men. Yes, females have different needs from males, but the point is that men do not have the right to abuse or underestimate women simply because they seem to be the weaker gender. On the contrary, they should be treated with love and respect and should not be denied the rights to lead and to speak their minds.

Every Woman Needs a Man

“The more successful I become, the more I need a man.”

Beyoncé considers herself an independent woman, but despite that fact, she also believes that every woman needs a man. She already has all that a woman could wish for, but the more successful she became, the more she understood the importance of having someone to share her victories with. It may not apply to everybody since some people are called to live celibate lives, but generally speaking, every man needs a woman, and every woman needs a man.

We live in a generation where everything seems to be spoon fed to us. Automated teller machines, fast food, instant messengers – it seems everything we need, we can get easily and with convenience. While there is nothing wrong with these things, we also need to understand that in life, we need resistance in order for us to grow stronger. Beyoncé understands this and accepts the fact that while it’s good to have an easy life, having obstacles to challenge us is better, because they help us grow and mature. Right now, if you are faced by a very difficult challenge in your life, keep in mind that a butterfly wouldn’t be able to develop strong wings if it didn’t have to struggle as it comes out of its cocoon. Don’t despise difficult situations and don’t be afraid of hard work, because all the challenges in your life are there for a purpose – to make you stronger.

There is Someone Out There Bigger than All of Your Problems

“Whenever I’m confused about something, I ask God to reveal the answers to my questions, and he does.”

Perhaps one of the most important life lessons we could learn from Beyoncé is that we are not alone in this world and that there is someone out there who is bigger than us. Beyoncé was raised up in a Christian home, although she doesn’t consider herself religious. Nevertheless, she is more into faith and spirituality, and believes it is her personal relationship with God is what keeps her grounded. Despite religious people criticizing her, she says she doesn’t really care what people say, because according to her, it’s about the way she carries herself and the way she treats other people. You may be religious or not, but one thing we can all learn from Beyoncé that’s really crucial is that there is someone out there watching over us and ready to give us wisdom when we are confused.

I am not a big fan of Beyoncé myself, but I admire her for showing that everything is possible if you put your mind into it, regardless of whether you are male or female. What about you guys? What’s the thing you admire about Bey the most? Share your comments below! 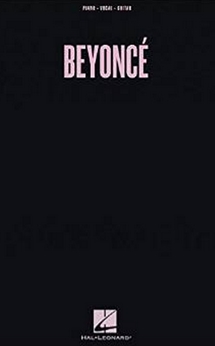 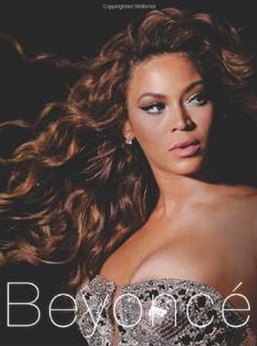 Beyoncé – Running the World – The Biography