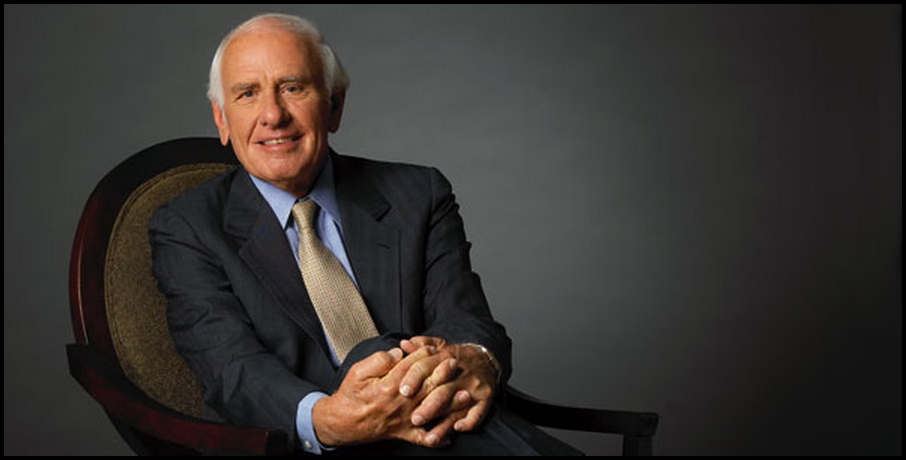 Referred to as one of the greatest motivational speakers of all time, Jim Rohn was born on September 17, 1930, in Yakima, Washington. Jim considered himself a farm boy, having had a family who owned and work a farm in Idaho. His first official job was as a stock clerk for one of the branches of Sears. He was later invited by a friend to a lecture by entrepreneur John Earl Shoaff, which eventually inspired him to become a distributor for Shoaff’s direct selling business in 1955. It wasn’t until eight years later, though, that Jim gave his first public seminar. Since then, more and more organizations had invited him to give speeches and lectures, not only in his hometown, but in various cities and countries around the globe. During his lifetime, Jim was able to address around 4 million people worldwide. As a motivational speaker, an author, and an entrepreneur, Jim could offer us tons of life lessons we could all apply in our daily lives. The following are just a few of them.

Learn to Study and Think Outside the Box

Jim Rohn attended only one year in college before dropping out. That doesn’t mean he didn’t value education, though. Jim believed in having a formal education and even finished some time in school. He only left college because he thought he was already educated enough. However, Jim also believed that most of the things you will and should learn in life cannot be learned from a traditional educational system. According to him, if you want to make a fortune, you have to find ways to educate yourself outside the four walls of a university. He believed that the things you learn through self-study are the ones that will actually make you successful. This is quite true, since there are a lot of things you get to learn in life that you won’t learn from school. Take financial management, for instance. Your teacher never taught you how to save money and use it for investment later on. You will only get to learn such things in life if you don’t limit yourself and strive to think outside the box.

Success Is All About Self Leadership

“You must take personal responsibility. You cannot change the circumstances, the seasons, or the wind, but you can change yourself. That is something you have charge of.”

People have a tendency to blame external forces for their mishaps in life. We often blame our parents for the kind of citizens that we have become. We blame the government for the rise in poverty in our country. We also blame our being late for work to the traffic. However, if you come to think of it, we actually have a choice as to how we perceive things. Yes, our blaming others for our misfortune may be valid, but we have to realize that our success depends on how we lead ourselves. Take your income, for instance. It may seem that it depends on the economy, but it doesn’t. It depends rather on how you see money and how you manage it. Just as what Jim Rohn also said, “For things to change, you must change.”

You Possess the Ability to Impact the World

“If you don’t like how things are, change it! You’re not a tree.”

Jim understood that each person has the ability to make an impact and change his or her circumstance. He knew this because he went through a rough time as a young man. He was a first-time parent, and realized his income wasn’t enough to sustain his family. Instead of complaining, he looked for a way to change his circumstance and was eventually able to build his own business that allowed him to more than provide for his family.

Oftentimes, we work and complete our tasks simply because we have a deadline, and more often because we are being paid for it. The key to success according to Jim, however, is to not simply work, but to actually add value to what you are doing. If you are working on a project, for instance, and are doing it simply because you are getting paid a huge amount for it, chances are, you will end up delivering average results, and the worst part is that your client will know it. On the other hand, if you strive to add value to what you do, you will go an extra mile working on your task and you will end up delivering a result with a quality that is more than what your client is expecting. You may not get a promotion or receive a bonus in the process, but your client will notice the difference and will surely send referrals your way.

Happiness is a Conscious Decision

Finally, Jim Rohn believes that happiness is a choice. You don’t have to wait for a happy situation to occur in order to be happy. This may not apply to everybody, but generally speaking, we all have the ability to be happy and stay happy despite our circumstances. Again, Jim Rohn understood this and did his best to use his energy to stay happy instead of complaining and falling into depression. No, we can’t be 100% happy all the time, but we can be as happy as we make up our minds to be. 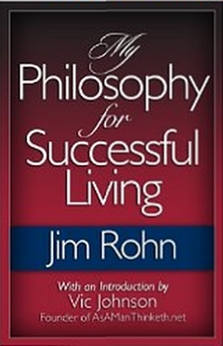 My Philosophy for Successful Living 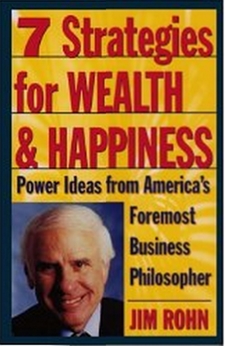 The Five Major Pieces to the Life Puzzle